Learn how to make gourmet plant-based meals in thirty minutes or less- including prep!

With 75 brand new restaurant inspired meals, this 5-star rated cookbook has something for everyone! Now available wherever books are sold! 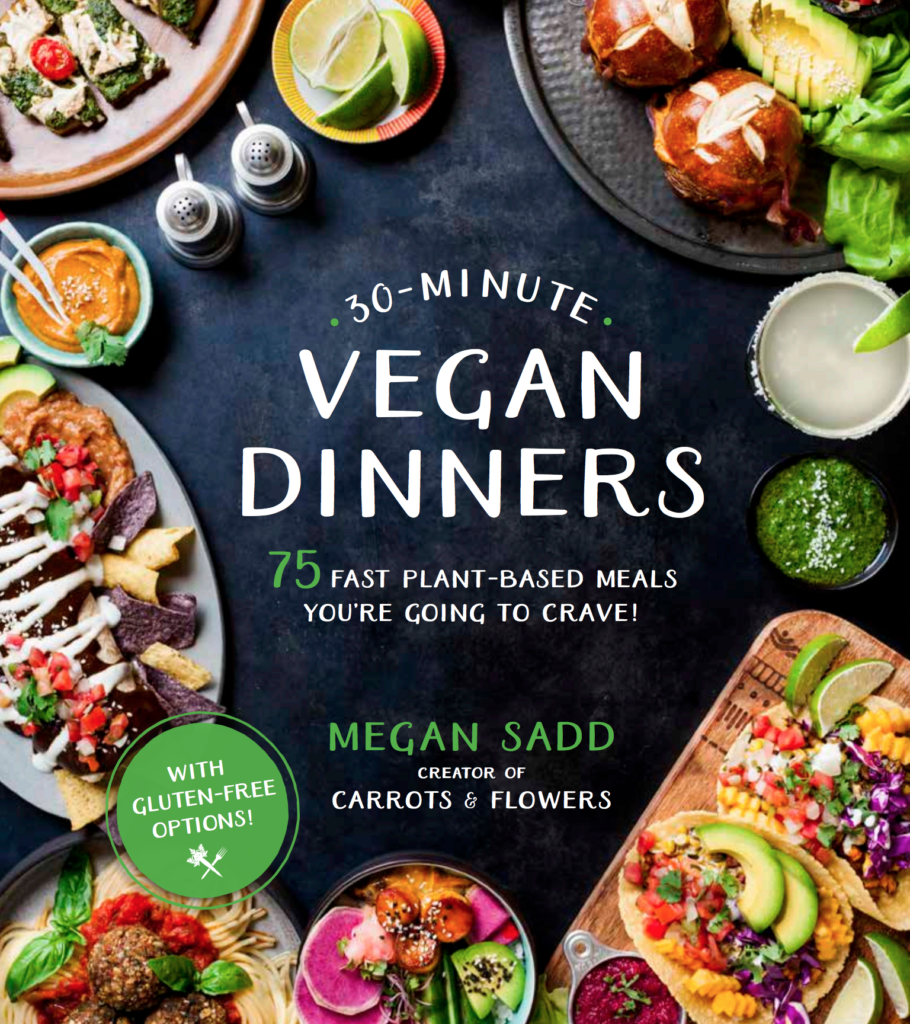 Score your copy from your favorite online book seller below! 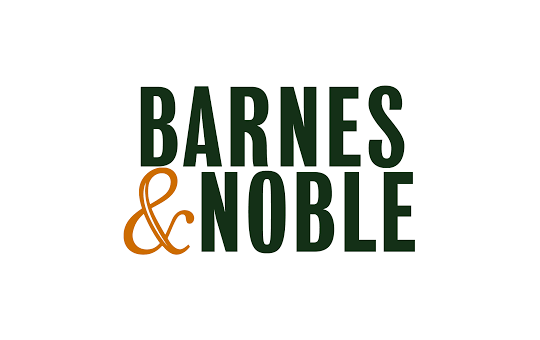 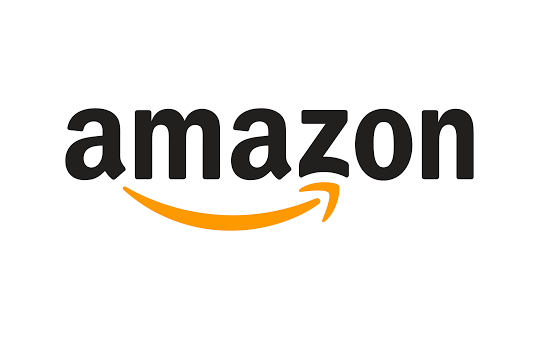 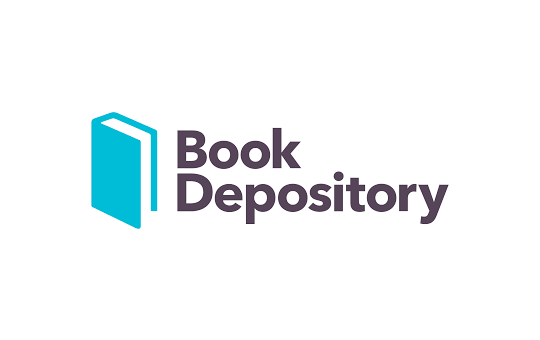 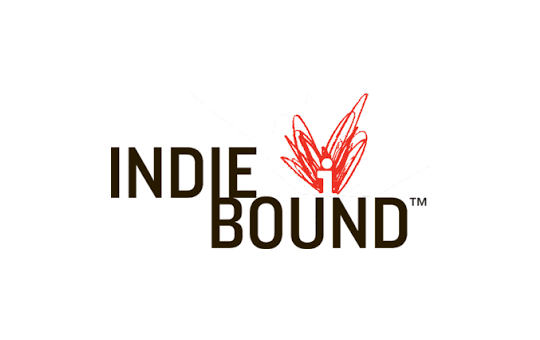 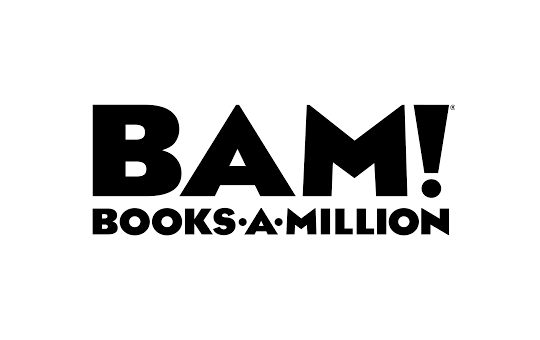 It's Easier (and More Delicious) Than Ever
To Eat Plant-Based

Why this cookbook is a MUST-BUY!

All recipes are streamlined so you can have gourmet meals on your dinner table in just thirty minutes, prep included!

Gluten-Free Options For All Recipes 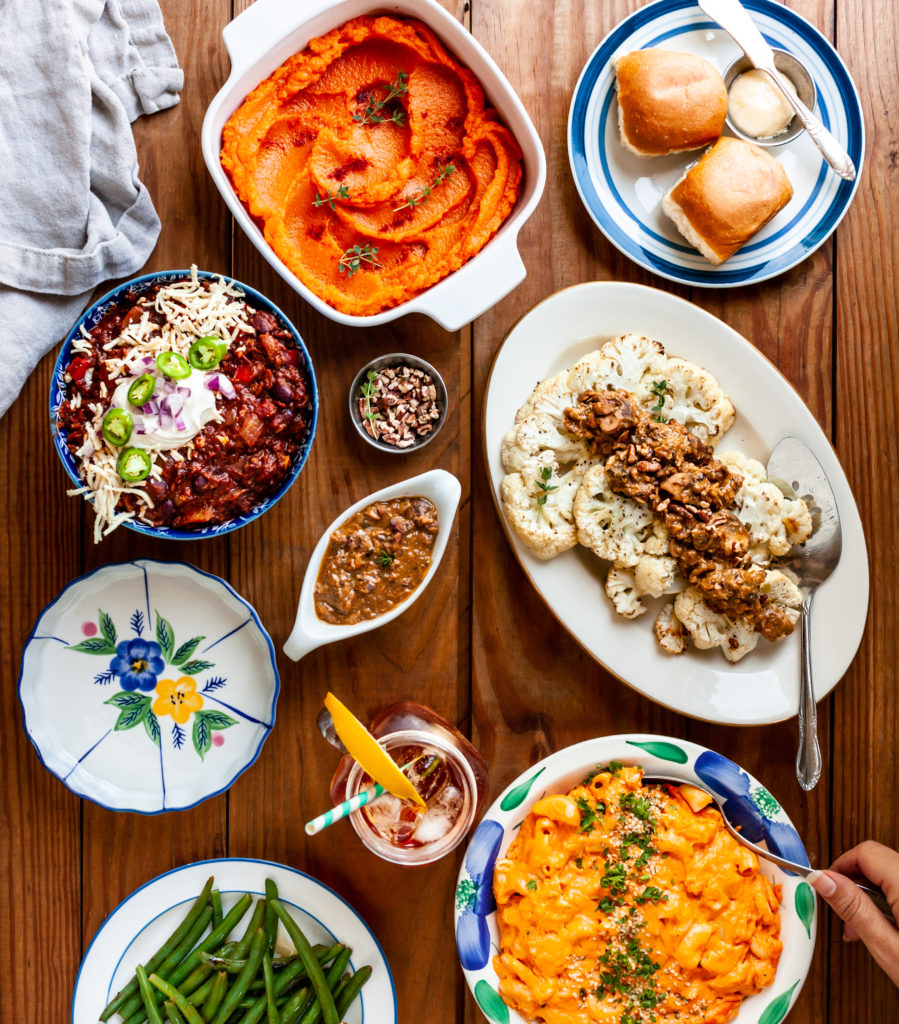 From Homestyle Italian to Southern Comfort and American Food Truck, the chapters in this book are foodie-driven and restaurant inspired. With classic favorites like Dynamite Sushi, Spaghetti and 'Meatballs,' Mole Burritos, Texas-Style Chili, and more- You'll be amazed at what you can create in 30 minutes!

No Dairy, No Problem
Learn how to make amazing vegan cheese in just 5 minutes 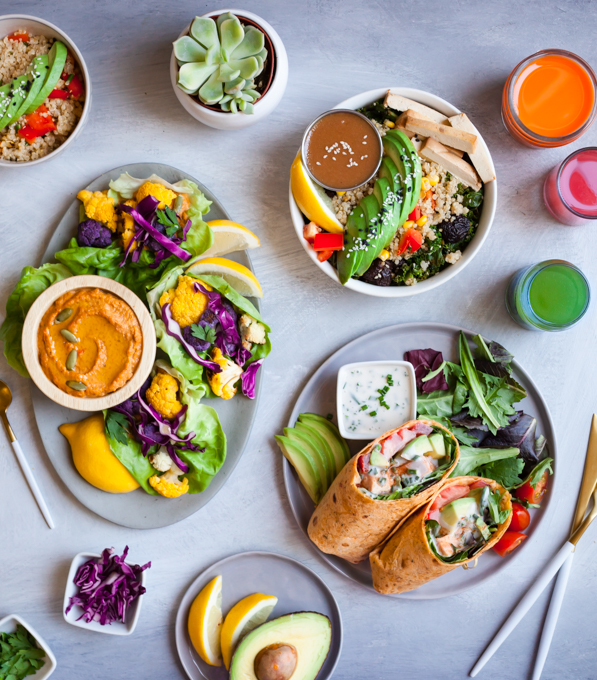 Featuring over 75 vibrant and nourishing meals, 30 Minute Vegan Dinners will help you fall in love with plant-based food. From colorful Roasted Cauliflower Romesco Tacos to Spicy Buffalo Tempeh Wraps with Cashew Ranch, and Old Fashioned Chickpeas and Dumplings, this book celebrates vegetables in the most delicious & mouth-watering ways!

Megan Sadd is the chef and photographer behind Carrots & Flowers, an inspired vegan blog and one of the top plant-based cooking resources on Facebook. After working behind the scenes as a producer on some of cable television's most popular shows, Megan stepped into the kitchen and in front of the camera to show the world how delicious and fast vegan cooking can be.

What People Are Saying About The Book

"This book combines delicious plant- based recipes with stunning photography and clever cooking tips, all designed to help you create amazing vegan meals in less time than it takes to order in."

-Kip Andersen director of Cowspiracy and What The Health

“This book is absolutely fantastic and such an amazing resource.
It is, without a doubt, one of the best vegan books I’ve come
across.”

Do you want your life to be easier and more delicious?

If you're ready to level up your dinner game, get your copy of 30 Minute Vegan Dinners today! Available online or wherever books are sold.